On Sunday 4th November over 50 residents of Wellard East met to send a clear message to multi-national company HeidelbergCement, the parent company of Hanson Construction who propose to clear pristine Banksia Woodland and sustain a mining operation in extremely close proximity to surrounding residents.

According to the HeidelbergCement website the company supports the UN Sustainable Development Goals (SDGs) enacted in 2015 by the UN General Assembly.

Sustainable Development Goal #15 is to:

This is not happening in our backyard, the opportunity exists now to fix the mess made by subsidery company Hanson Construction.

This is significant because:

We always weigh the social and environmental impacts of our activities. Our sense of responsibility to people and the environment is not just motivated by ethical concerns, however – it is also good for our bottom line.

It is apparent the social impacts have not been considered in any capacity, the proposal has not considered EPA Guidelines for buffer distances to separate industrial land use and sensitive land use to minimise health, safety and environmental impacts. The 500 metre buffer zone has been reduced to 40 metres (8% of the minimum guideline).

Furthermore, the HeidelbergCement group pride themselves on what they call the “Quarry Life Award”, said to target innovative approaches to study and boost biodiversity at quarry sites and aims to raise awareness about mining ecology. This is a great initiative for degraded sites that require significant research to “boost biodiversity”, the difference in our case is that it does not need a boost, it is already pristine and has been untouched for hundreds of years, maintained as a Conservation Reserve by the City of Kwinana. To “raise awareness about mining ecology” would result in location-appropriate mines that consider the environmental and social values of the endangered Banksia Woodland, the Banksia Road and Boomerang Road sites are most certainly Not appropriate sites.

HeidelbergCement Group, your actions on foreign land are in direct contravention of the national standards for ecological restoration in Australia. The claim to rehabilitate the site has been used to pursue approvals. The sites are vital to biodiversity that is unique to Western Australia, we ask that you withdraw mining operations at these sites to prevent further destruction to an already declining ecosystem.


Our infographic for new readers: 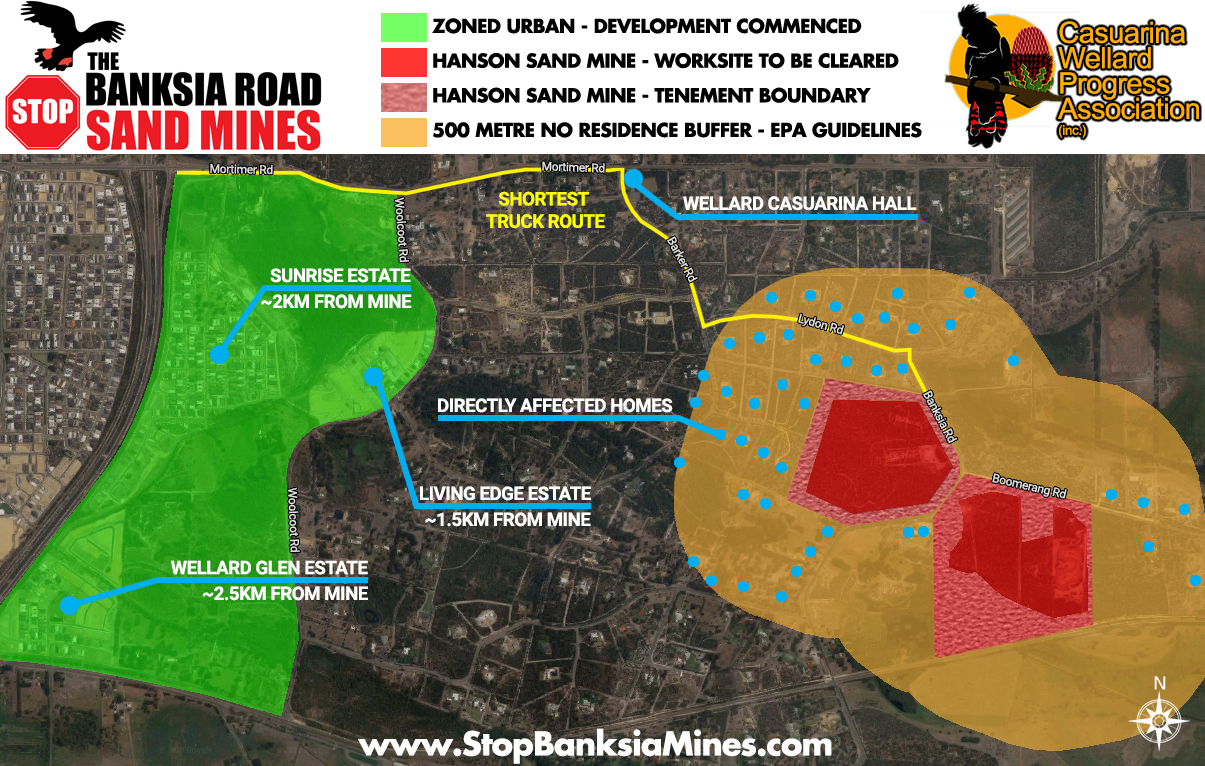