Our fight to Stop the Banksia Road Sand Mine quickly expanded to the Banksia Road Sand Mines, since investigating and learning about the mess Hanson has created for residents in Wellard East, it is evident conditions have been already been breached and there has been a genuine disregard to surrounding residents. The Boomerang Road site was previously fought by residents and now the approvals are in a state of disrepute.

We have recently been informed of an Invitation for Public Comment to the Department of Water and Environmental Regulation (DWER), the letter addressed to those who had previously enquired raised immediate concerns:

Hanson has applied to amend the wording of Condition 11 (Offsets – conservation covenant) of Clearing Permit CPS 4935/1 to remove ‘prior to 8 July 2017’ and replace it with ‘prior to clearing’, to align with its approval under the Environment Protection and Biodiversity Conservation Act 1999.

What does this mean? 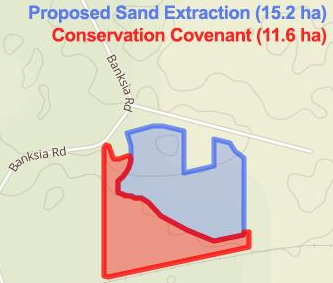 18 months later neither of the above mentioned activities have been completed by the Proponent (Hanson Construction).

Hansons application to amend the wording of Condition 11, removing ‘prior to 8 July 2017’ and replacing it with ‘prior to clearing’, should have been applied for long before the expiry date. Some 18 months later, we do not believe retrospective amendments can be given, particularly when it relates to the very condition that has been breached. What value do conditions hold if they can just be amended when they’re not adhered to? 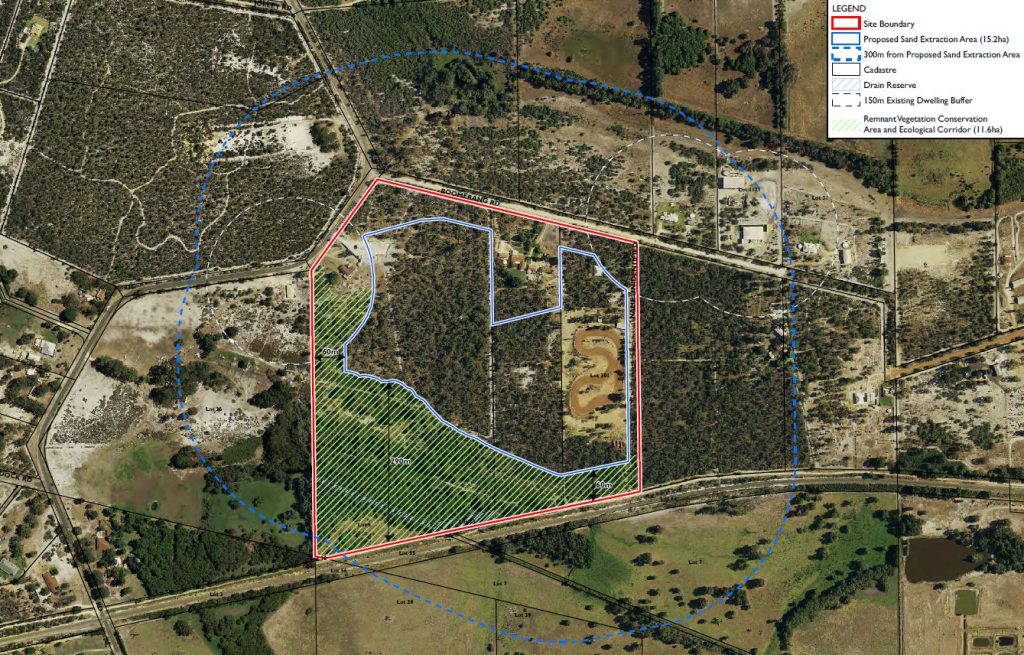 Failure of Hanson to comply with approval requirements is not an isolated case.

In March 2014 the Western Australian Planning Commission approved the development application for the Boomerang Road site (WAPC 29-50066-2). The approval was granted with conditions, one being:

If the development the subject of this approval is not substantially commenced within a period of two years from the date of this letter, the approval shall lapse and be of no further effect. Where an approval has lapsed, no development shall be carried out without the further approval of the responsible authority having first been sought and obtained

4.5 years later, development has not commenced in any capacity therefore the WAPC 29-50066-2 approvals have been breached and are no longer valid.

Of further concern in the DWER letter:

Please note, as this is an administrative amendment to a condition, DWER will not be undertaking a re-assessment of the proposed clearing against the 10 clearing principles.

The DWER are bending-over-backwards for Hansons despite the clear breach of conditions. The DWER are also neglecting the Endangered listing of the Banksia Woodland in not reassessing the proposed clearing against the 10 clearing principles. In 2016 the Threatened Species Scientific Committee approved Conservation Advice for the Banksia Woodlands of the Swan Coastal Plain ecological community. Attempts to downplay the amendment as “administrative” is turning a blind eye to approval conditions and ignoring current conservation data. 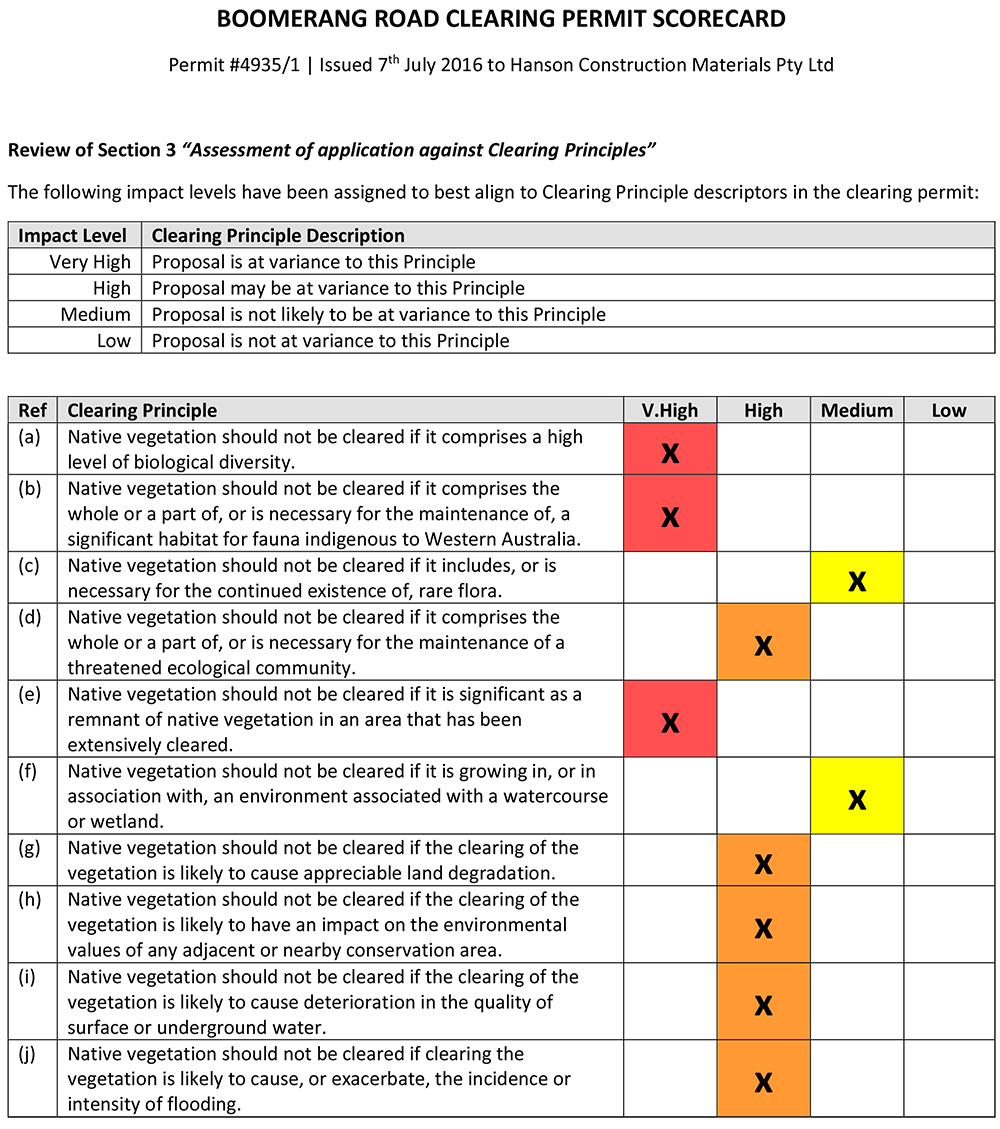 Unfortunately though, the DWER is a “one stop shop for industry” according to their own website.

We need your help to send a letter before Monday 17th December 2018, please read the attached template letter at the top of this page for more technical details and justification.